Internet radio is good for many things: procrastinating from homework, ads that have no relevance to your life whatsoever, and discovering amazing musical talent. The latter is what introduced me to the soul man that is Ross David, but who is Ross David? I’m guessing you haven’t heard of him before so I’m here to enlighten you about his amazing music. 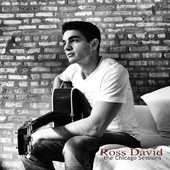 If you’re not familiar with this name, it’s okay. Neither was I until I heard his original song “When I’m With You” on the radio. Have a listen here, I’ll wait.

AMAZING right?  With a vocal tone reminiscent of John Mayer paired with stellar song writing abilities, it’s difficult to understand how this artist has not yet broken into the mainstream. According to his official Facebook page, David caught the ear of well known producer Jay Ollero who would become his mentor and guide. This led to Matt Hennessy, well known producer, audio engineer, and president of the Grammy Chapter of Chicago, to discovering David’s abilities and joining the two in recording the original songs that would later become three EPs with a fourth being released in early 2014.

David’s pop sound has an undeniable soulful quality that distinguishes his music from the cookie-cutter top 40 hits you’ll hear on the radio. With influences like Stevie Wonder, John Mayer, and John Legend, this was bound to happen. If you browse his YouTube channel you’ll find dozens of covers and original songs that are just as fabulous as “When I’m With You” including his latest original song “Fire Burnin’”. 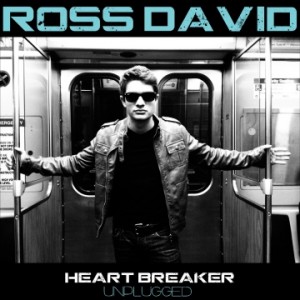