The Buried Life names 26 Successful People Who Failed At First on their Tumblr including the iconic Marilyn Monroe:

“Marilyn Monroe’s first contract with Columbia Pictures expired because they told her she wasn’t pretty or talented enough to be an actress.”

Also, “Vera Wang failed to make the U.S. Olympic figure-skating team. Then she became an editor at Vogue and was passed over for the editor-in-chief position. She began designing wedding gowns at 40 and today is the premier designer in the business, with a multi-billion dollar industry.”

Don’t forget, “ Oprah Winfrey was fired from her television reporting job because they told her she wasn’t fit to be on screen. But Winfrey rebounded and became the undisputed queen of television talk shows. She’s also a billionaire.”

Even, “Lucille Ball spent many years on the B-list and her agent told her to pursue a new career. Then she got her big break on I Love Lucy.”

Ladies aren’t the only ones who have this problem, but Winston Churchill, Thomas Edison, R.H. Macy, Walt Disney, Albert Einstein, Dr. Seuss, Charles Darwin, Sir Isaac Newton…  The list goes on and on.

This isn’t to say that if you fail at something, if you sit around and feel sorry for yourself good things will happen.  Since everything is solved through inspirational posters from your high school cafeteria’s wall: 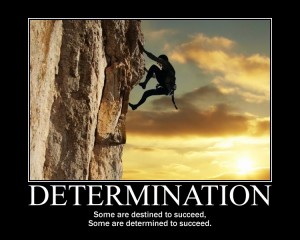 If you don’t believe me, check out Barney Stinson’s office wall! That guy is awesome and super successful. 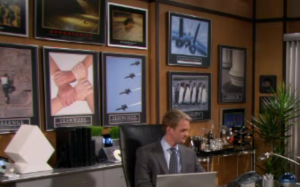