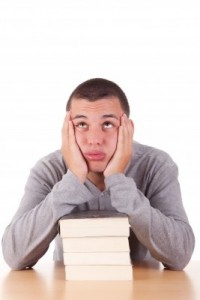 It seems as if, in these days of social turbulence and unceasing controversy, any sort of claim causes a stir. What if I were to say that the infamous, often crippling malaise known as “senioritis” actually affects less people than we would like to believe? Furthermore, what if I were to suggest that the very existence of this “condition” is characteristic of a growing trend  – one of cheap excuses? That would seem outrageous. In truth, it isn’t. We all know how sweet of an indulgence it is to self-diagnose with “senioritis.” After all, it is one of the most effective evasion techniques when confronted with the intimidating task of justifying underachievement. It is the psychological bane of students and parents alike – causing an academic slump on one end and an unwelcome rise in blood pressure on the other. Given the notoriety of this destructive phenomenon, one is made to wonder what sort of thought processes bring about its onset.

I’ve always struggled to take things at face value, perpetually losing the fight against my philosophical inclinations. For this very reason, I actually want to understand what goes on through the mind of a senioritis sufferer. Though the overly dramatic medical terminology is obviously used in jest, it helps us approach the problem from an objective standpoint. At this point, I’ll pause to answer several questions that readers likely have. Was I ever a second semester senior in high school? Why yes, of course! I suppose I was just extraordinarily fortunate to avoid the overwhelming feelings of apathy and slothfulness that plague many high school seniors. When the hustle and bustle of college applications seemed long gone and the envelopes were beginning to trickle in, some of my closest friends expressed their delight at the “end of high school.” As a seasoned paranoiac, I always shook in my boots when I heard stories of rescinded admission due to sub-par second semester performance. Though the prevalence of such cases isn’t very high, the mere possibility was enough to keep me in line. I wish I could say the possibility of all mishaps was enough to keep me out of other sorts of trouble!

Enough about my (somewhat) irrational fears – the main point of this entry concerns a much deeper issue. As a guilty member of a generation known as the “millenials,” I am well acquainted with the faults of teens and young adults when it comes to managing responsibility. No matter which way it’s spun, we are masterminds when it comes to excuses. From stories about students falsely claiming to suffer from ADD to casually telling the boss you’re just not up to things today, we earn myriad headshakes. I don’t mean to dampen the mood, but time isn’t going to slow down for us. Wading through thick nostalgia, on the doorstep of my senior year in college, I’ve come to realizations that previously eluded me. The undergraduate years are a real golden age. We build ourselves, start to understand the world, and even begin to take advice seriously. Above all, however, we inch closer and closer to comprehending that we may no longer seek shelter under petty excuses.