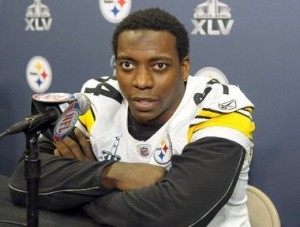 Many people have joked that the NFL stands for “Not For Long” rather than the National Football League. The average length of a professional football career is brief, and players are becoming increasingly aware of it. Take Rashard Mendenhall, a healthy 26 year-old running back that recently announced his retirement from football. Mendenhall’s retirement came in the form of a lengthy essay published in the Huffington Post, and many fans were surprised to read why he decided to leave the game so early.

As it turns out, despite the opportunity to earn several more millions of dollars as a professional athlete, Mendenhall would rather quit while he’s ahead to go explore other aspects of life. In his essay, he expresses deep interest in dance, art, and literature. He voices a desire to go out and simply live his life without the constant public spotlight. Fans may have previously realized that Mendenhall was humble and soft spoken, but they likely never knew just how much of a Renaissance man he really is.

I don’t contend that Rashard Mendenhall deserves any special praise for the choice he made. It was a personal decision and he didn’t do anything spectacular for anyone else. However, I argue that he deserves a great deal of respect for the way he handled his business. In a well-written piece directed at his fans, he revealed his integrity and sophistication like no other athlete has recently done. By reaching out to his fan base in this particular manner, Mendenhall showed us that football players are people too. And some of them have hidden desires and interests that we would never expect.