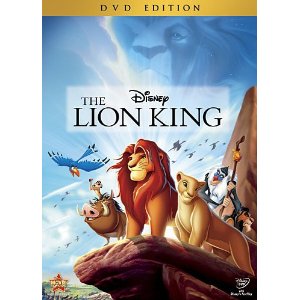 I have been watching movies since the cradle. With older siblings, those rated R movies have been in my grasp since third grade. But how many of these movies were actually good? Hollywood today keeps cranking out the remakes, “people” versions of Disney classics, and putting “new” spins on old favorites. Let’s cut out the garbage and stick to the hits—whether they did well in the box-office or just in our hearts. (These are in no particular order, because I am super indecisive and have a list of about 100 favorite movies).

15.  The Lion King (a.k.a. the best Disney classic there is) – I saw this bad boy in 3D and I still sob like a baby when—spoiler alert!—Mufasa dies. Not only did these singing African animals top the box office again in 2011, but it has been a movie after any child’s heart, whether they’re really into Disney or not.

14.  Titanic – This movie is also getting the 3D treatment in April (I am SO seeing this in theaters!), but this cash-boat doesn’t even need to make money. Only second to Avatar now in all-time money made at the theaters, this film will make you laugh, sob, smile, and likely cause you to yell at Rose: “You liar! You did let go!”

13.  Mean Girls – Who can forget Lindsay Lohan, Rachel McAdams, Amanda Seyfried, and Lacey Chabert as the ultimate high school girl clique? This film basically is our generation in a nut shell. Four for you, Mean Girls! You go, Mean Girls!

11.  Inception – One of the most original movies I’ve seen in a while, with some of the best original tracks I’ve ever heard. And yet another film in which Leonardo DiCaprio was snubbed at the Oscars. Do you think he won the award in a dream? Maybe a dream within a dream?

10. Harry Potter series – If you haven’t read the books—which is sinful, in my opinion—you’ve probably at least seen the movies or heard the iconic theme song. They also got progressively better with each new sequel. Unlike the Twilight series, there is some substance of good story telling. We grew up with the Potter kids and they won’t be forgotten any time soon.

8.  The Hangover – What college student didn’t see this movie? It’s basically our worst nightmare—in a hilarious film version with older, mostly employed guys.  This movie gives a whole new meaning to the phrase “Walk of shame”.

7.  Eternal Sunshine of the Spotless Mind – Who hasn’t wished they could erase someone from their memory? I’d pay top dollar to rid myself of my annoying ex boyfriends. Plus, Kate Winslet is basically perfection in every role she ever takes on.

6.  War Horse – Easily the best movie of 2011 and it has the Oscar nomination to prove it. I love most war movies, but this one was more moving than Saving Private Ryan.

5.  Lord of the Rings Trilogy – Peter Jackson created the most amazing world and Elijah Wood got lots of screen time. They pretty much paved the way for nerdy fantasy movies. These movies are my precious…es.

4.  Jurassic Park – These movies will forever be the best dinosaur movies ever…and a new one is being made. Hear that, Littlefoot? Although the first movie is by far the best, the last twenty minutes of its sequel where a T-Rex is rampaging through L.A. is 100% pure Hollywood awesomeness.

3.  Edward Scissorhands – We can learn a lot from Eddie. How to sort-of cover scars with the Avon lady’s help. How we should decorate our lawn with shrub sculptures. And just how bad a bad haircut can be.

2.  Forrest Gump – Forrest Gump is such a great character.  This is one of Tom Hanks finest and most quotable roles of all time. I believe that almost every college has seen and loved this movie.  Life is like a box of chocolates, you never know what you’re gonna get. Just like this list.

1.  The Usual Suspects – The fine art of storytelling in many ways. You instantly sympathize with all of the main characters; especially poor Verbal. It also has one of the greatest twists in movie history; even rivaling Fight Club. Who is Kaizer Soze?