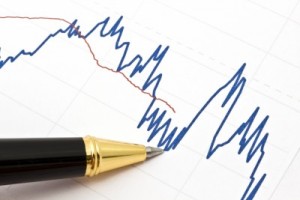 Chances are, you aren’t the ten percent of people who like statistics, as mentioned by Some People Don’t’ Like Statistics Blog.  But if you are, this blog post is for you.  Here are some interesting college statistics:

“The American Freshman: National Norms Fall 2010” survey polled about 200,000 first-year students at four-year colleges.  This study revealed that the emotional health of freshman has hit its lowest point in 25 years.

Okay, so yes, I decided to start off on a bad note, but statistics like any good playlist has its ups and downs.  On a happier note, also from the “National Norms” report, about a third of students polled “believe there is a ‘very good chance’ they will participate in volunteer or community service work.”  Back in 1990, that was only 16.9 percent!  I told you things were looking up.

A 2010 survey from The Chronicle of Higher Education explains that in 2009, more students prioritize “being very well off financially” over “raising a family” by about three percentage points.  This was the opposite reaction in 2004 by about two percentage points.  Other top objectives include helping other who are in difficulty, becoming an authority in my field, and improving my understanding of other countries/cultures.  Least important objectives polled are creating artistic work, becoming accomplished in one of the performing arts, and writing original works.

The Chronicle of High Education’s almanac reveals some other awesome statistics about colleges and college students.  Did you know 9.4 percent of all college students attend community college in California?

How about only 0.4 percent of undergraduates in America attend an Ivy League school?

So there are a lot of non-Ivy League business majors out and about.  The more important question, where are all the guys?  According to a presentation done by Becky Brodigan of Middlebury College at a College Board Forum back in 2005, male birthrates have been outnumbering females 105 to 100, but males account for only 47 percent.  Way to get that education ladies!

Men listen up! ClassesAndCareers.com released a cool YouTube video about the guy to girl radio at colleges.  Randolph College in Lynchburg, VA wins that prize at 99.58 percent.  The coed colleges tied with the lowest male to female ratio are Southern University and A&M College in Baton Rouge, LA at 62.5 percent.

If you’re thinking of transferring due to those stats, fine comfort in the fact that 1,250,000 others transfer too.

If you’re looking for some fun without transferring, why not hit up spring break along with the 1,125,000 (average) other college students attending spring break.  Just try not to be a part of the 88,750 on average who get arrested at Spring Break each year.  College students attend an average number of 62 college parties per year.  We also average 2 parking tickets per student per year.  We each skip an average of 26 classes each year too.

What about our stuff?  The most common car for a college student in the Toyota Yaris, while the most driven scooter is the GS Motor Works CY50-B.  I don’t know about you, but with that scooter costing $769, I’m fine walking…

Don’t forget to hold onto your stuff too!  The most common item stolen from college students is the iPod.  Unfortunately, I play into that statistic (don’t worry, I didn’t do the stealing.  I got it stolen.)