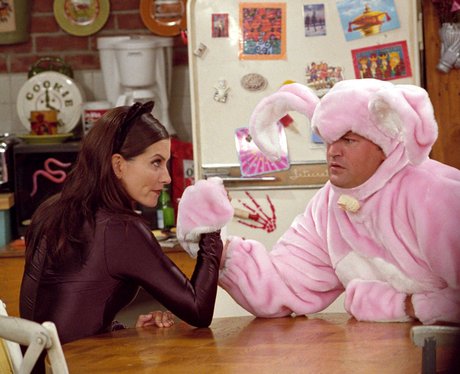 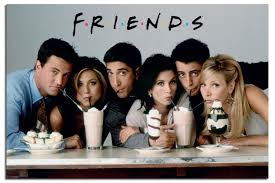 “Friends” was the hit sitcom of the late 90’s and early 2000’s. If you haven’t seen at least an episode, you’re really missing out. The entire series recently got added to Netflix, and I just finished re-watching it, in its entirety. There are so many reasons why its a great show, but I’ve managed to narrow it down to six reasons. 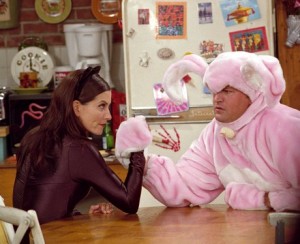 Monica and Chandler start out as really great friends and that friendship slowly develops into something more. They bicker and compromise like no one else. Chandler loves Monica and all her weird cleaning habits and Monica loves chandler and all his jokes in awkward situations. They really are relationship goals. 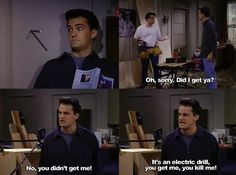 Best. Bromance. Ever. Joey and Chandler can work through everything and are really close even at the end of the show. Chandler and Monica even have a room for Joe when they moved into the new place. Joey owed chandler over $110,000 (Buzzfeed.com estimate) by the time all was said and done. Wow!

(video of everyone singing it)

YOU’VE SUNG IT IN THE SHOWER. I KNOW YOU HAVE. It should honestly be considered a classic by now. 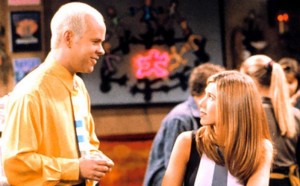 Gunther is the awkward manager at Central Perk who is eternally in love with Rachel. He isn’t a main character but still reoccurs in every season. He’s awkward and often comments on the sextet’s conversations and I think he’s amazing. It gives some humor to people in the show, other than the main characters. A bonus- his love for Rachel was adorable.

5. The Chick and Duck 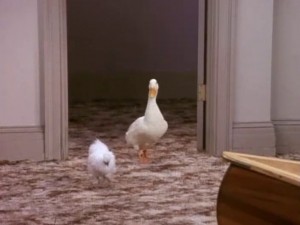 When the chick and the duck are first introduced I kind of rolled my eyes. But they grew on me, and eventually they were a really funny part of the show. And you can’t forget that they sort of lead to the scary apartment switch incident. 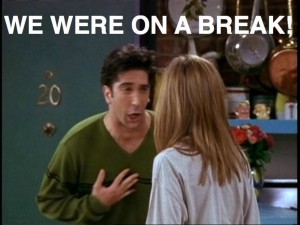 Anyone who falls in love with Friends spends the whole show rooting for Ross and Rachel to finally make up; whether you are on the “we were on a break side” or not. Emma was a beautiful addition to the show (even though she wasn’t really, ever, around?).

Comment below your favorite moment from the show, or favorite quote!