Summer is nearly upon us, meaning the box office will be jam packed with new releases. After a long day of interning or on a not-so-beachy weekend, here are some must-see movies to pass the summer days away (and spend some of that hard-earned cash!). 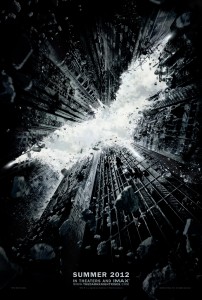 Is anybody not excited to see this film, set to release on May 4th? Honestly, what more can you want? We get some dreamy actors, like Robert Downey Jr. and Chris Hemsworth, a creepy bad guy trying to take over the world, and a ton of action. It’s the summer’s ultimate must-see!

This movie makes Tobey Maguire’s Spiderman look lame. In a re-make of the series, adorable off-screen couple Emma Stone and Andrew Garfield work to save the world from an evil lizard man. At the very least, you should check out this flick on July 3rd to see which Spidey you prefer.

Yet another comic book hero making the list, but you all know you’re dying to see this one! Christian Bale takes on Batman for his final film of the trilogy, facing Bane (played by Tom Hardy) and a new identity as the enemy of Gotham City after he took the blame for Two Face’s Crime. Christopher Nolan surely has another epic film on his hands, hitting theaters July 20th.

Prometheus is for those of you looking for a new, chilling alien flick. A team of explorers, including Charlize Theron and Noomi Rapace, find clues to the origins of mankind that leads them to a race to save Earth. Legendary Ridley Scott directs what looks to be one of the most intense, jaw dropping, action packed movies of the summer. Find Prometheus in theaters near you on June 8th.

Looking for some animated fun? Brave is Pixar’s latest masterpiece, following the story of Princess Merida whose bravery and profound archery skills (like Katniss Everdeen!) are the only hope to break her kingdom’s curse. This redheaded heroine is sure to capture our hearts. Brave comes to theaters on June 22nd.

Tim Burton and Johnny Depp have teamed up again for a vampire movie that has nothing to do with Twilight. Barnabas Collins, a man turned into an imprisoned vampire by a jealous witch seeking his love, is finally set free into the 1970s. While the witch continues to vie for his affections, Barnabas must protect his family against her evil ways. Catch this flick on May 11th!

Did you know the 16th President of the United States found vampires lurking around and took it upon himself to hunt them down? Another film by Tim Burton, we’ll surely see good old Abe in a new light with some magical twists and turns. See history like never before on June 22nd.

Ten years later and we have a new installment! This 3-D alien loving flick will bring Will Smith to the past looking for his beloved side kick, Agent K, who mysteriously disappears/dies. New weapons, new aliens, and the same old mind swiping will be a nice blast to the past, coming to you on May 25th.

9. Snow White and the Huntsman

Sure it’s not original, but it looks much better than its counterpart Mirror Mirror. Charlize Theron takes center stage as the evil queen, who hires huntsman Chris Hemsworth to get Kristen Stewart’s heart so she can live forever. Before you know it, there’s a crazy war scene going on. This is definitely more intense than the cartoon. You can see it June 1st.

10. The Odd Life of Timothy Green

A more original movie, a couple desperate for a child buries a box in their backyard with wishes of an infant. Presto, Timothy Green is born, and since he sprouts out of the earth, it’s pretty much guaranteed this movie will be full of magic and weird happenings. Learn about Timothy on August 15th.