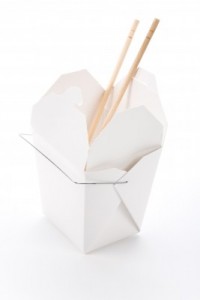 In my three years of college I have experienced a wide variety of take-out, fast food. In fact, there are a plethora of options right near my campus, as I’m sure is the case with many of you.

In Philadelphia, we can get cheese steaks, pizza, chicken, fries, burgers, Chinese food—you name it, in about 30 minutes or less.

A personal favorite of mine is New Asia, a Chinese takeout 3 blocks from main campus. They don’t do delivery, but they made a mean pizza roll (oh, did I mention they specialize in both Chinese and American favorites?).

On any given day, New Asia caters to a variety of students. You can get General Tso’s chicken, friend rice by the bucket, and noodles for days. I’m always in Heaven.

Then I actually went to China.

I still like New Asia, and you can bet I’ll be back there in August. But, now that I have experienced real “Chinese” food, I don’t know which I’ll prefer.

When I arrived in Beijing, I had trouble with chopsticks, as many newbies do, but I also had mixed feelings about the menu.

Some food was similar—dumplings for instance a big deal in China. They have every kind and are considered a staple at most meals. New Asia could compete easily with some of the dumplings I tried.

But other offerings seemed to come from different places. First of all, in China, they don’t name their food after Generals. So, General Tso’s is unheard of. In fact, I didn’t see it once.

And another misconception? Rice.

At school, I could order rice, just rice, and be satisfied in my Chinese food craving. However, in China, rice is not a main dish. In fact, it’s served at the very end of the meal, almost as an afterthought. It signifies that the other courses are finished.

When my class would go to restaurants and not be particularly thrilled with the duck liver, or heart that we tried, we would patiently wait for the “fried rice” or noodles. We would have waited forever. Although it exists, and is amazingly delicious, it’s not a huge part of the menu. Instead you have fine meats, marinated veggies, dumplings, crab, and soy.

I had a blast trying the food in China. I had crab dumplings, duck heart, and the best cucumbers I’ve ever tasted.

Because we live in such a huge country, with plenty of cultures, influences and people we have access to food from all over the world. Don’t be fooled. Food is specific to location and local influence. In name alone, it may appear to be one thing, but stay open minded. Be prepared to have multiple food perspectives.

Just like China, Pizza in Italy probably doesn’t taste like pizza from the dining hall, or maybe it does? You tell me.