We know you’re busy writing essays, taking final exams and dreaming about summer break but if you get a craving for a good book, check out some of these popular titles that you need to read in 2015! 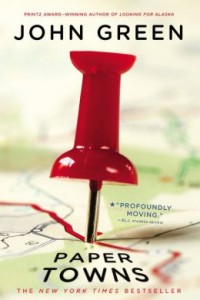 Written by popular young adult author John Green, Paper Towns is the story of Quentin who has loved Margo since elementary school. Unfortunately, Margo has ignored Quentin for the majority of their high school years. That is, until she shows up at his window just weeks before their high school graduation and they spend the entire night together pulling off a series of revenge-fueled pranks. Margo disappears the next day and Quentin, along with his two best friends, are determined to follow the clues Margo left behind. 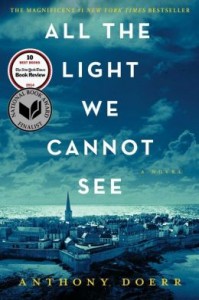 All The Light We Cannot See by Anthony Doerr

Described as “hauntingly beautiful” by The New York Times and recipient of the Pulitzer Prize, All The Light We Cannot See tells the story of a blind French girl and an orphaned German boy whose paths cross in occupied France during World War II. Werner, the young boy, is incredibly gifted at mathematics and earns himself a spot at an elite Nazi training school. Marie-Laure, blinded at the age of six, has fled from Paris with her father and a highly sought after sapphire from the Museum of Natural History in tow. The story that Anthony Doerr has created is far too complex to explain in a few short sentences so to find out the fates of Werner and Marie-Laure you are going to have to read this book for yourself! 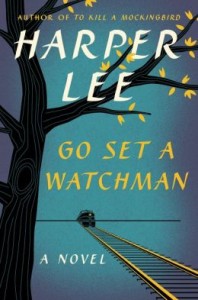 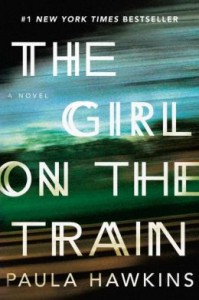 The Girl on the Train by Paula Hawkins

If you loved Gone Girl by Gillian Flynn, you will love this book! This psychological thriller follows our main character Rachel as she rides the commuter train each and every day into London, even after she is fired from her job. Through the train window, Rachel sees the same houses and the same people in their yards every day and begins to feel like she actually knows them. She gives the people names and imagines what their jobs and lives are like. While looking out the window one day, Rachel thinks that she sees something happen to the girl she has named “Jess”. When news stories about a missing girl named Megan (who turns out to be “Jess”) start surfacing Rachel decides to tell the police everything she has seen from the train window. Did I mention that Rachel is drunk for most of this book? That puts an interesting spin on things when an unreliable drunk shows up at the police station with information on Megan’s disappearance. The twists and turns of this story keep you guessing not only “Who did it?” but “What actually happened?” right up to the last page. 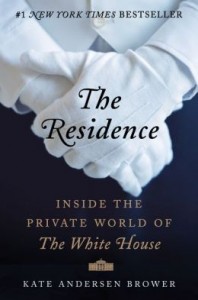 The Residence: Inside the Private World of The White House by Kate Andersen Brower

Being the President of the United States is a tough and very public job, but what do we really know about the on-goings of the first family when the cameras are off and the world isn’t watching? In this 2015 release, we hear from employees at the White House that have been there day in and day out through ten different administrations over a span of fifty years. Written after hundreds of hours of interviews with butlers, chefs, florists, maids and other White House staffers, we catch an inside glimpse of what life was really like at the White House from the Kennedy Administration, through the days of Nixon and Reagan and the scandal-filled Clinton years, all the way up to the current first family, the Obama’s. 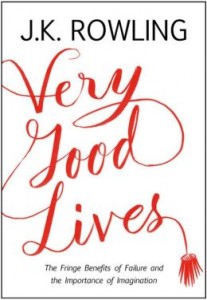 Bestselling author J.K. Rowling, best known for her Harry Potter series, gave a very moving speech during commencement at Harvard University in 2008. Now available in written form, this speech doles out words of wisdom for anyone who has come to a crossroads in their life. The perfect graduation gift or perfect for when you need a boost of inspiration and motivation, Very Good Lives does not disappoint. Proceeds from the book will be donated to J.K. Rowling’s foundation Lumos, which focuses on ending the institutionalization of children worldwide. Find more information on Lumos here. 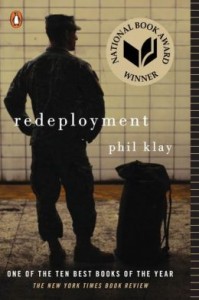 Redeployment, winner of the 2014 National Book Award, describes the unseen lives of an American soldier on the frontlines. Author Phil Klay is a U.S. Marine Corps veteran and uses his experience in Iraq to tell a story that civilians cannot even begin to imagine as truth. This book is sure to leave you with an undying gratitude for those fighting overseas as well as a new found outlook on exactly what it takes to fight for your country. 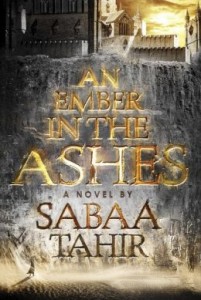 An Ember in the Ashes by Sabaa Tahir

Readers have been patiently waiting for this debut fantasy novel from author Sabaa Tahir to be released and the wait is finally over! This novel, just released on April 28th, has been described by early reviewers as having “the addictive quality of The Hunger Games, the fantasy of Harry Potter and the brutality of Game of Thrones.” We can’t wait to get our hands on this one!

What books are on your list to read this year? Let us know in the comments!