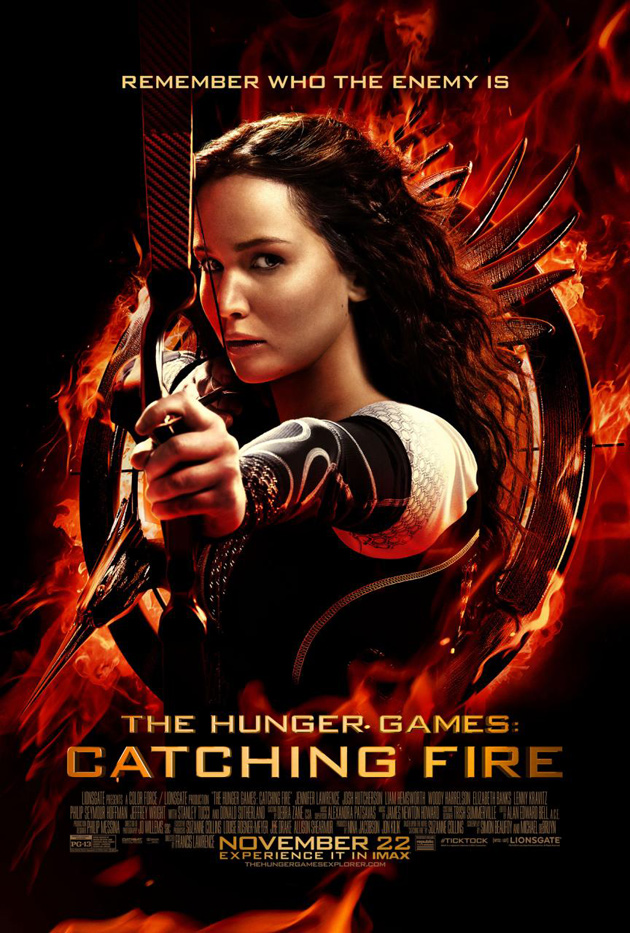 With the holiday season quickly approaching and Thanksgiving break right around the corner, it’s the perfect time to check out the latest Hollywood hits. Time off of school provides the perfect opportunity to go watch those must see movies you’ve been dying to see, but just haven’t had time.Here’s my list of the three best movies to check out while on Thanksgiving break.

This is the second movie in the Hunger Games trilogy. I HIGHLY recommend watching the first one if you haven’t seen it. I also recommend reading the books on your time off of school. The series has a fascinating storyline, set in the future post-apocalyptic nation Panem in North America. The country is divided into different districts, all under the political control of the Capitol. The Capitol established the Hunger Games as a way to remind the citizens of the districts of the Dark Days (75 years before the events in the books/movies).

Catching Fire starts with Katniss Everdeen  (Jennifer Lawrence)’s return after winning the 74th annual Hunger Games. President Snow is unhappy with Katniss and fellow winner Peeta Mellark (Josh Hutcherson) for breaking the rules, allowing both of them to win. The 75th Hunger Games mark what is known as the Quarter Quell, with a special set of rules. This year’s participants are selected from previous Hunger Game winners.

I don’t want to give too much away for those who haven’t read the books, but this story and competition is sure to keep you on the edge of your seat. Katniss once again outwits the Capitol, causing President Snow to become even angrier with her.

Delivery Man is Vince Vaughn’s latest flick, so it’s sure to keep you laughing throughout the whole movie. Vaughn stars at David Wozniak, a man who just found out he has fathered 533 children through anonymous donations to a fertility clinic 20 years ago. He is faced with the decision of whether or not to reveal his identity when 142 file a lawsuit for him to do so.

What’s interesting about this movie is that it’s actually a remake of Director Ken Scott’s 2011 French Canadian film, Starbuck. “Starbuck” is the sperm donor alias that Vaughn’s character went by.

Homefront stars Jason Statham and James Franco in this action thriller written by Sylvester Stallone (Rocky). Statham plays a former DEA agent who moves to a small town with his daughter to get away from everything. An incident occurs on the playground at school where another student bullies her. Obviously trained by her father, the girl physically retaliates and knocks the kid down. His parents show up at the school, furious about what the girl did to their son. His father (James Franco), who goes by “Gator,” begins to taunt the family.

He snoops around in their house when they’re not home and discovers Statham’s character was an undercover DEA agent. This upsets him even more because he is the leader of a meth-production gang in town.

The rest of the film looks like it’ll live up to true Stallone and Statham action. Lots of fighting, guns and threats. What else could you want?

While these three films are obviously not the only ones coming out during this time, they’re ones that I definitely plan on going to see. What must see movies are you looking forward to this holiday season?