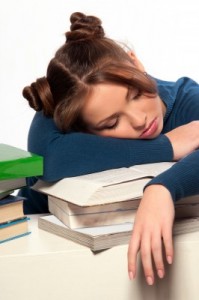 As we age, you may have noticed your ability to run on less and less sleep. Back in elementary school, we used to relish in nap time and those early bedtimes (sometimes in summer the sun would still be just setting when I was sent to bed…I just stayed up reading for a good hour). Now, anyone who goes to bed before midnight is considered lucky and if you fall asleep before 11, it’s just assumed you pulled an all-nighter or something previously. We love to stay up late and do our thing, but we also complain about being tired. Fortunately for us, we don’t need as much sleep as our younger selves did.

In a study by Elizabeth Klerman of Brigham and Women’s Hospital & Harvard Medical School in 2008, it was found younger people get on average 9 hours of sleep while adults get 7.5—all participants were in bed in the dark for 16 hours.  Thus, Klerman and her colleagues concluded that older people simply need less sleep. Older people (which she clarifies as 60 and above) take longer to fall asleep. Klerman also found that the younger people in the study, however, slept more than they normally would allow for themselves. Therefore, she concluded younger people aren’t sleeping as much as they should.

But these sleeping patterns aren’t as controllable as we think. Staying up all night or falling asleep in class is not just because of pressures put on the body to stay awake. Younger people have a different clock than adults—scientifically known as the circadian rhythm. Studies have found that around the teenage years, this “clock” of our day-to-day activities changes so one falls asleep later at night and wants to wake up later too. It is believed this change in rhythm is caused by the brain’s later release of melatonin, a hormone linked to the body’s sleep schedule, thus making it difficult to fall asleep earlier. Tack this biological change onto all the schoolwork that piles up over the years, the start of all-nighters to get everything done and perhaps taking on jobs and internships, too, it’s no wonder we always feel so sleep deprived!

Another study lead by Derk-Jan Dirjk, professor of sleep and psychology at the University of Surrey in 2009, revealed that part of healthy aging is the requirement for less sleep. They found that the 20-30 group slept 7.23 hours, 40-55ers slept 6.83 hours and the 66-83 group slept 6.51 hours during a night with 8 hours in bed (though they said this isn’t necessarily “normal”). The study did, however, show researchers that older people being tired during the day is abnormal and can be a sign of a sleep disorder. The nature and conditions of sleep are still mostly at large and it is still indefinite how much sleep a person truly needs. These studies have brought a lot of new information to light so far.

So should you be worried that you don’t get nearly as much sleep as your little brother? Not at all! While there are many mysteries surrounding sleep, various studies have shown it’s only natural to get less when you’re older (though they aren’t necessarily taking the late night cramming sessions into account). But, just because you don’t need as much sleep as you did back in the day, doesn’t mean you shouldn’t do your best to be well rested. A sleep deficit will not only impact where you fall on the cranky scale, but it will start to impact those grades. Just because your body can function on less sleep, doesn’t mean you should experiment with your sleep schedule and try to run on less and less nightly z’s. Your social and academic lives aren’t the only things at risk. The National Institutes of Health cited young adults, ages 12 to 25, to be of “high risk in sleepiness” which can cause them to face injuries or even death from a lapse in attention or quick response—like falling asleep at the wheel.

Ultimately, whether you are an older person who can sleep in late or only sleeps 6 hours every night, the most important thing to keep in mind is staying healthy. The better you sleep and take care of yourself the less dangers you and others will face and the happier the world can be. The Beatles said all you need is love, but I think sleep is just as important.

I’m reading Humanities Through the Arts

Tonya is a senior at Syracuse University majoring in art history and magazine journalism. She is currently spending the summer studying abroad in Italy. She loves to read, write, paint, and play with her dog in her spare time.