The 2014 spring semester has officially come to an end! Let’s just take a moment and let that sink in. if you’re reading this: Congratulations, you have officially survived finals week! *Takes deep breath, exhales stress* It’s safe to say the next couple of days we’re all going to be anxiously waiting for semester grades to be posted.

To the 2014 College Graduates: The day that you have been strenuously working towards has finally arrived; you have achieved a very important milestone in your life and this will be no doubt one of the most unforgettable moments of your life. All your hard work and dedication have paid off, and resulted in a college degree. All of us here would like to wish you best of luck as you embark on a new adventure and transition into the professional life. Congratulations grad, you’ve earned it.

Okay, okay, I’m done with all the sappy stuff. Let’s get back to the fun.

Who’s pumped up for summer? I know I am! Because I know many of you are heading back home or kicking off summer with a road trip to the beach, I decided to share with you the current playlist that my friends and I have been blasting through our open car windows. This fun summer playlist is full of quirky electric ballads that will have you tapping your toes and dancing in your seat 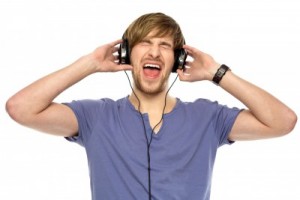 A new season means new music! Here is what you can look out for to be the soundtrack to your summer!

For you Nikki Minaj fans, April will be a very exciting month. This April Nikki releases her new album called Pink Friday: Roman Reloaded. This album is her second solo album after her original album Pink Friday.

Also in April, Ashanti’s album Braveheart will release on the 24th. Continuing with April, Rascal Flatts will also be coming out with a new album! The album is called Changed and is set to release on April 3rd. For those of you Willow Smith fans her alblum will also be released on April 3rd.  Look for it in stores it’s called Willow: You think you know me.  On the 17th, Train will release a new album entitled California 37.

In May, many popular artists will release new CD’s including B.O.B., Carrie Underwood, Chris Brown, and even John Mayer. B.O.B’s new album Strange Clouds has already had great success with its first single entitled “Strange Clouds.” Carrie Underwood (who is one of my personal favorites) will release her fourth album Blown Away. This release has me quite excited; I remember her winning American Idol like it was yesterday.  Chris Brown’s CD is set to release on the May 4th and is titled Fortune. Fortune is a follow up to his F.A.M.E. soundtrack. Ending May strongly is John Mayer. Mayer’s album Born and Raised is his 5th studio album making him the veteran of the group.

A later summer album by 50 Cent is set to release in July rounding out your summer playlist.

Summer is not the same without new music. Having a soundtrack to your summer will make your summer more fun! Later in the year, when you hear the songs from your soundtrack, you will remember your summer and the music that went along with it. So whether you’re a country fan, an R&B fan, or anything in between there’s something new for you out there this summer. Update your iPod, make a playlist, and enjoy.